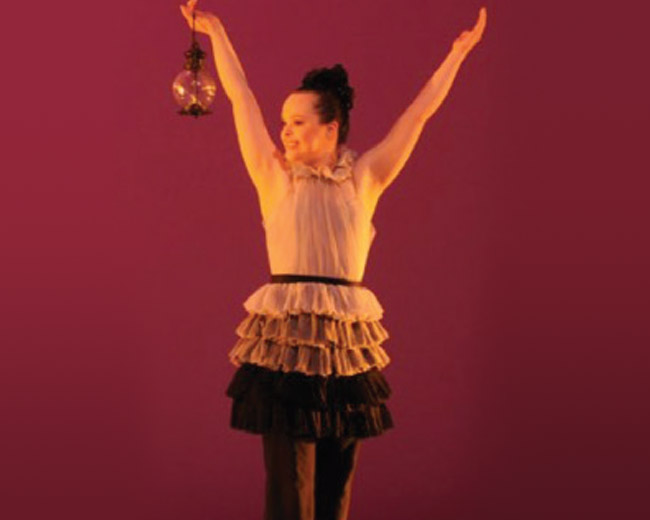 In early April, just before Easter, Kaely Huck of Byrdstown, TN, danced in the “Reverent Hope” program at the Cookeville Performing Arts Center. It was a sold-out performance.

Kaely learns dance at The Centre School of Dance, a worship-oriented dance school. Her mother, Sherry, says she has been dancing for six years, and that it’s just another aspect of her daughter’s love for physicality. Kaely also likes to play soccer, ride horses, bikes, and her scooter.

The benefits of dance extend past the physical, though. “The choreography has a lot of detail,” says Sherry, and so Kaely’s brain gets a workout, too. “Her favorite part is the worship.”

There is also a significant social aspect in play. Kaely wants to teach, so The Centre made a position for her assistant teaching another student who has Down syndrome.

Even when there is not a seasonal program happening, Kaely dances at local churches and other events. DSAMT congratulates Kaely on her achievements in dance, and for being such a visible and beautiful example of what those of us with something extra are capable of!