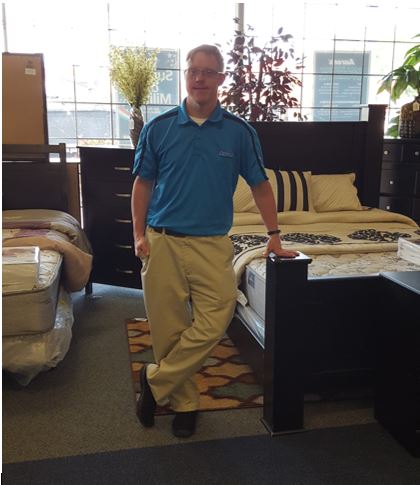 A random e-mail was received by DSAMT that said “Check out Josh on his company webpage”. Attached was a screenshot of Aaron’s Furniture website; in the center was a man with multiple award medals and a huge smile, it was Josh Putman. We had to check this out!

When DSAMT arrived at Aaron’s, Josh was not available he was ‘out on a delivery with the manager, but it shouldn’t take long’.

Josh Putman has worked at the Madison Aaron’s for the last 11 months. Josh says he loves his job! He has met new people, has made friends, learns something new every day, and has even sold a washer and dryer! He says his biggest goal is just to work hard and say on task. Josh usually starts a day the same as anyone else ironing his pants and making his lunch.  Most of his work day is spent making sure the huge Aaron’s building and parking lot is clean for the customers and other staff, but he also spends time learning new things like deliveries and how to use the floor steamer. 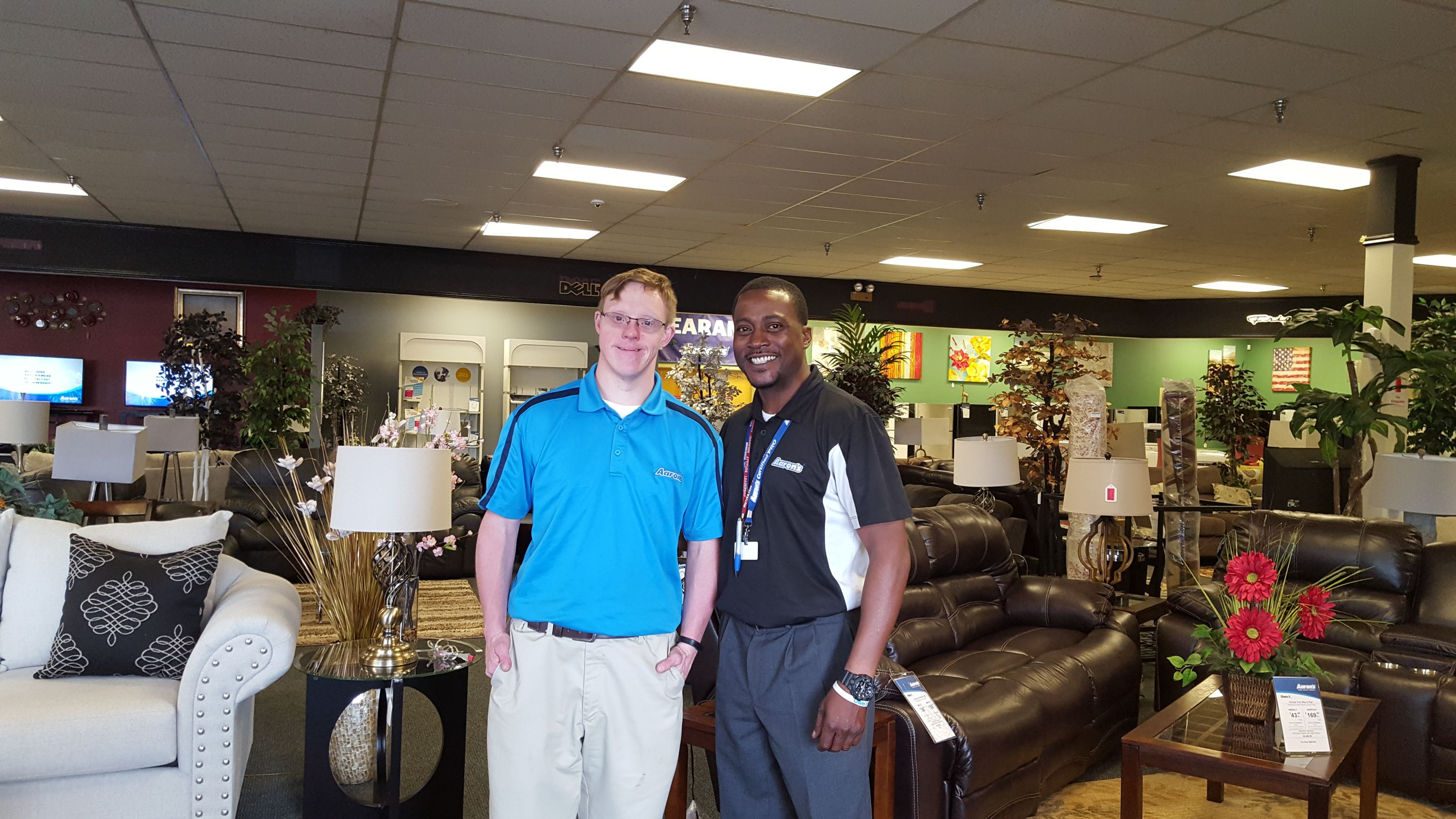 Josh was featured on the Aaron’s website for his medals in Special Olympics. He has been involved in Special Olympics for the last 15 years, and competes in swimming, golf, basketball, flag football, and weightlifting. Josh has been to The National Special Olympic Games in both New Jersey and in Nebraska. In addition to work and Special Olympics, Josh helps at Gray’s Point Baptist Church doing anything that is needed. Josh is also involved in The Metro Parks' disABILITIES Program a couple days a week where he plays sports and is very active.  With GiGi's Playhouse, a learning center for Down syndrome, Josh does CrossFit and has lost a total of 31 pounds!! Josh says the rest of his time is spent with family. He says he has the best mother, she has always helped him with everything he ever needed. His employment at Aaron’s helped him to reward his mom for all the great things she has done for him by taking her to dinner at a Mexican restaurant….Josh paid!

When asked if there was anything he would like to let people know, Josh stated, “I thank God every day for Steve (Aaron’s Divisional Vice President) and Alecia (DSAMT) helping me get my job at Aaron’s.” Steve KinCanon, DVP, was not able to meet with DSAMT during the visit at Aarons but he sent the following in an e-mail, “Josh’s work ethic is nothing less than impressive. He takes great pride and ownership in the work he accomplishes. Josh has added tremendous value to our store, the team and our organization as a whole. He’s truly become a valuable asset.” – Steve Kincanon, DVP

Pete, Store Manager at Aaron’s Madison locations, states his store employees work as a team and Josh is 100% part of the team. In addition to the cleaning that is necessary for his job, Josh also greets customers, and has even had 3-4 sales, which qualify for the same commissions as the other employees if store goals are met. Pete says, “Josh is a quick learner. He is great with customers, will take initiative, and there is nothing Josh cannot do."